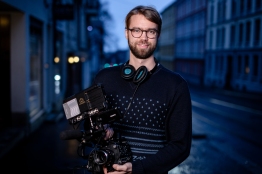 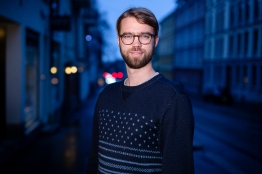 He has directed THE PAINTER AND THE THIEF (2020) which was sold to 80 countries and won 30 awards – several of them at some of the world’s biggest film festivals, such as London, Hong Kong and the Sundance Film Festival. The film was named one of 2020’s best films, by BBC, Boston Globe, Washington Post and the New York Times, and it has been named an important film in film history by several media outlets: MUBI’s top 1000 best movies in film history, New York Magazine 101 best movie endings of all time and The International Documentary Association’s list of the best documentaries of the decade. The film was also shortlisted for the Oscars.

MAGNUS (2016) was Ree’s feature film debut. It was sold to 64 countries and won several awards at film festivals around the world. It’s a coming of age sports documentary about the world’s best chess player Magnus Carlsen.

Benjamin Ree works for the production company and broadcaster VGTV, which co-produced Magnus and The Painter and the Thief, and for Medieoperatørene. Please contact him if you have documentary ideas.

Here are some quotes about Ree’s filmmaking:

“Ree has an appreciation for nerds” – Daphne Howland, Village Voice